By S August 22, 2011
These are protesting times. A large number of people have taken to the streets - I don't know the real numbers but I am being assured that there are thousands of people on the streets, taking long marches, holding candle-light vigils etc - protesting corruption. 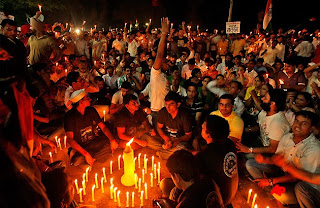 I have covered the movement and the ripples it is creating in my other blog. So, I am not going into those details again here. I have a few basic questions though (as usual).

So, what makes us think that the neta who swindles is a bigger criminal than any "aam aadmi" who enters and drives through a one-way on the wrong side to reach his destination faster, knowing that it is wrong and jeopardizes both himself and others? What makes us think that babus who take bribes are bigger criminals than all those individuals who don't pay their taxes? After all, it is the same greed and selfishness that fuels both kinds. 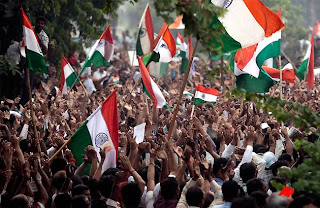 Let us assume that the protest is against the netas and babus, and not the other kinds of people I compared them with. Then we get the question - who are those netas and babus? Has the group that leads these country-wide protests named names? If yes, why and if no, why not?

If you dont have names, then why this protest that scorns the available channels for justice? Surely, there are others who have named specific individuals as corrupt and have sought justice through the courts or have exposed them through the media. For instance, Subramanian Swamy. He doesn't have the kind of mass support like the current movement. But he has named people - who are very powerful - and has gone a step further collecting evidence against them and successfully punishing the culprits through the courts. And people like J Gopikrishnan, the journalist who exposed the whole spectrum scandal.

In addition to not answering or refusing to answer the above questions, this protest is also propping corruption as the sole evil to be rooted out. What about poverty? What about discrimination? Is it enough to eradicate corruption? If the objectives of this protest is met, will our country become a paradise overnight? 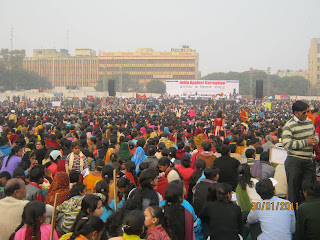 When I tried to ask these questions to a supporter, he brazenly replied that his individual honesty did not matter, but the netas and babus must be brought to book. These supporters refuse to understand what the issue is about. They are not open-minded enough to even acknowledge anyone who advances an opposing argument to theirs. Like all mobs, these supporters lose their brains and descend fast into abusing those who disagree with their protest. This is a sure sign of how unhealthy the entire episode is.

If I am one of the protestors, how will these questions affect me?